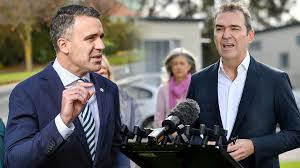 The Joint Committee on End of Life Choices in South Australia has completed its hearings. Committee members have finalised the report which will be tabled shortly. In Victoria and Western Australia, Parliamentary Inquiries recommended in favour of introducing Voluntary Assisted Dying legislation. The Governments in both Victoria and WA took up the recommendations and introduced VAD Bills, with the full support of the Government. Now that one in three Australians living in the states either side of South Australia will have access to Voluntary Assisted Dying, there is no longer any reason why MPs in South Australia can be reluctant to support similar legislation here.